Bzooma is a distributor of electric scooters located in Golden Coast, Australia. The brand was looking for something that would position them as selling well built, yet low price scooters in a market dominated by the more expensive Segway and the lower end Freego. The brief required that the logo include a depiction of an emu, while simultaneously conveying "hard working" and "fun to use".
The typeface Gotham was used in a heavy weight for the wordmark to show a sense of sturdiness, and was warped into a wavy shape to add a sense of fun and onomatopoeia ("Bzooma" is an onomatopoeia mixed with the word "zoomer"). The icon is an emu guarding an egg (showing safety and care) mixed with a scooter (the wheels in the negative space of the legs, the handle in the head and eye, a trail of smoke as the body), built from simple geometry to retain a timeless, modern, simple look. Orange was chosen for the icon color for its ability to convey value and friendliness. The owner of the company, however, later made his own changes to the color and wordmark of the design after the contract was completed. Shown here is the original version. 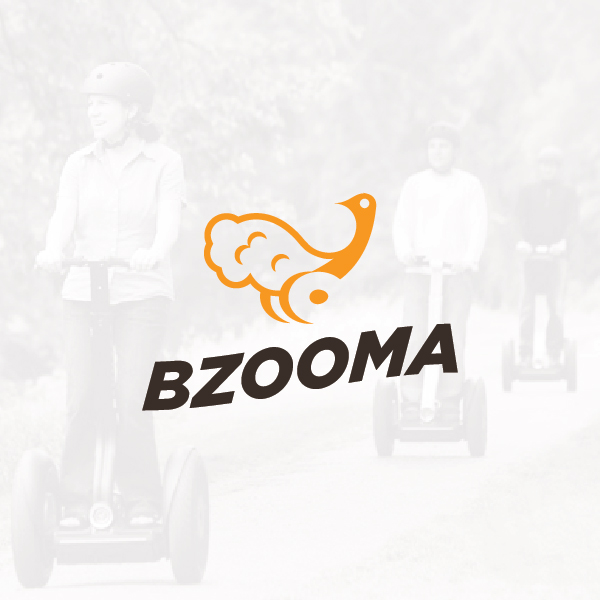 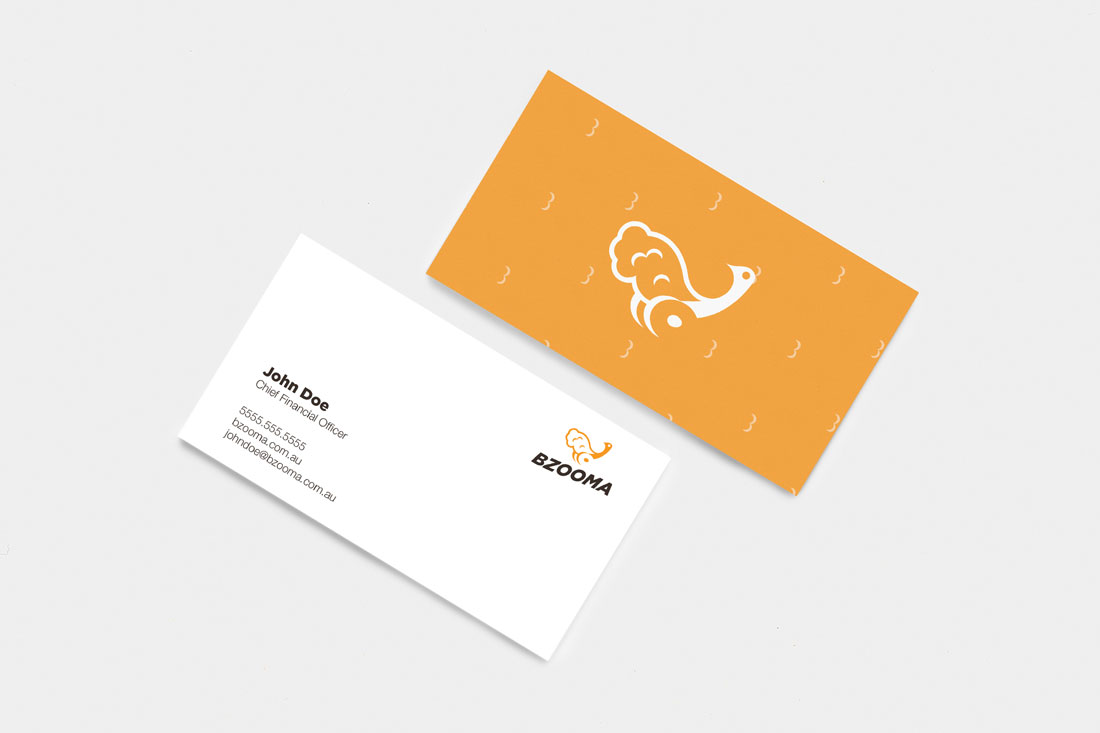